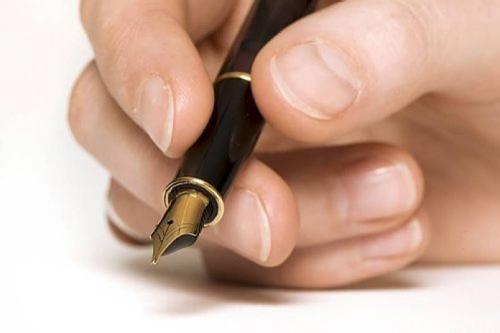 The world is already asleep,
but the writer still sits there with his hands in his hair.
The writer stays.
The world keeps on turning, although she is asleep, the writer stays.
He had written and rewritten and wrote no more.
He had read and reread and read no more.
He had thought and rethought and thought no more,
but he had stayed.
And now, tonight, while the world is sleeping and he is sitting with his hands in his hair,
it is going to happen.
He chooses.
The writer stays a writer and wants nothing more.
He writes in his book the streams of dreams full of pain and why they came,
why they are there, those dreams.
He experiences it again, takes his distance, but
his selF,
that had wanted to grow, like every child,
that had been giving, like every child,
that had stepped forward open-minded, like every child
that had trusted, like every child,
thát selF,
is too lonely, too misunderstood, too less cherised, too much unwanted, missed the connection.
He had wanted to live,
he had really tried,
but the pain is so huge.
And tonight he chooses,
while the world is asleep.
He chooses the book,
he chooses to write
eventhough the selF in him dies away
with each word more penetrating awareness,
with each sentence more convincing acknowledgement.
The pain,
now admitted,
is too powerful for him.
But he keeps on writing,
the selF dies away,
the writer stays,
he would only live while writing, not otherwise.

This death without a corpse
has been uptill now
remained unnoticed.