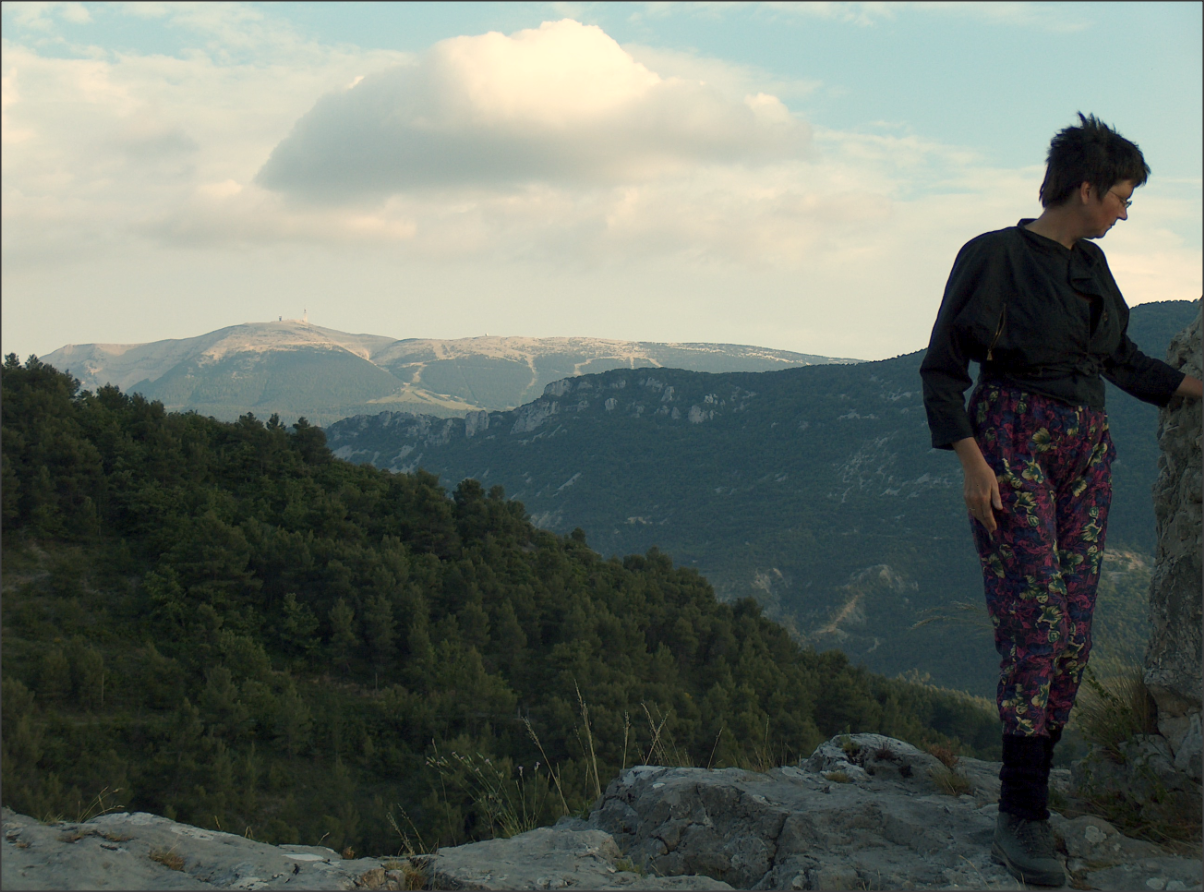 She had lost her grip. She lifted up her eyes and thought: where does my help come from. But she turned them down again, dizzy. Lost my grip, how often didn’t people say that? And how often was it so true as it was now.

Where does my help come from? Such an old, long forgotten sentence came to mind. Now, now that she had lost her grip. Psalm verses popping up in critical moments: was religion in the end proving to be something essential? They say it’s never too late to convert, but to be actually doing that now, would be ever so calculative.

The verse was already gone again and another category of thoughts filled her mind: the meat, that was defrosting in the fridge; the new make-up, ready for a try-out; the bud of the passionflower, that was about to burst out into her intense, sparkling life-of-one-day.

After that, all thinking vanished into thin air and she was only aware of what she saw: the little bushes, tiny plants, the little stones, the rock.

She did not move. Her body felt in perfect harmony with her surrounding. The surrounding surrounded her, like a good surrounding ought to: carried her and caressed her with the air that whizzed her by.

That is to say, she whizzed by the air. From the top down, and in spite of the fact that she knew that there would be an end to this, and that that would be soon, she could not get herself to spread her limbs in order to find some grip again. That would provoke air resistance, cause swirls, give tension in her muscles, unrest.

For one second, she tried: grab around with her arms, wave about with her legs, turn on the adrenaline pump and fiercely fight this fall from the rock that she was climbing. Never before had she lost her grip. Always her fingers and feet had found a new grip. She was strong and well trained, and that’s why she had taken this cliff without ropes this time, to warm up for the big climb she was about to do later. After which she would grill the defrosted chicken leg (it’s so nice to have a good knucklebone after a primal fight with nature), then take a shower and be a lady, strong woman, femme fatale.

For one second, she tried, but then she knew that the harmony had won and that she would not break her fall. Fatale fall. In her head, panic broke out, while her body was thoroughly enjoying this free fall and knew that this was why it again and again had gone climbing. Her mind was flabbergasted now that death was nearing inevitably and nothing else could be done then facing it. She tried to negotiate with God about a life in a wheelchair, but at that moment, the harmony burst apart against a huge obstacle: rock-bottom.

A big Thank-You to Marita Sporrong, who helped me out with the translation.