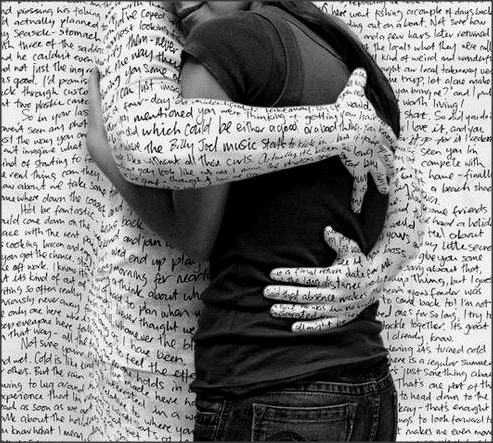 The hobby space
photo found on the internet, it looks like it’s free of rights
if not, please contact me

They say it cannot be, that they are strange imaginations, that can never become reality. How do they know, while they do not know what he knows?

He lives here in this big building where everybody has their own lodging, apart from the community areas that are in it. It’s crowded, but the good part is that he runs into people and can have a talk. The only nuisance is when they start interfering too much with him. Interest is fine, but they shouldn’t start patronizing or dictating to him what to do.

Downstairs, in the cellars, are separate little rooms. For people like him. People who need a place for their experiments. It took a while, – they did not know if it would be safe -, but in the end, they were created, the hobby spaces.

Each evening, after his daily duties, he first sits there for a while. To get into the mood. When he gets the feeling again, he goes upstairs to eat and do some chores. In the meantime, his subconsciousness keeps working and when he again goes to the hobby spaces, he knows how to proceed.

He had tried. To talk with others about his hobby and the nature of his experiments. He thought that he had earned enough of their respect, but his words fell on deaf ears. Even worse, he encountered incomprehension, got suggestive remarks whether he felt OK, not too tired, gone through a bad time, maybe needed to talk to someone, get things in order.

He wouldn’t mind. He is constantly getting things in order and he would love to talk about it. But then, that’s not what they .want to talk about. So he does not tell anymore and they hardly care anymore.

He weighs words. He explores them: tastes them, touches them, snuffles them, hears them, and so he tries to see them. To behold them in their true being. They often drift around so lost, without support, so little resonance. Because people do not understand how it is with words. They use them at their own convenience, without asking themselves whether or not they do the words justice. They cover each others backs and say that it is so difficult, using words rightly. But they do not make an effort, they use them as a doormat: ordinary tools, even of the disposable kind.

As if words weren’t substantial, not a being of their own. People find it scary, if words were to have a life of their own. But once you are passed that fear, you see that words needn’t at all be threatening in their essence; that in fact it’s their gift, yes, their beauty, to be present in all preciseness.

He must find the place where they live, so that we, humans, can go visit them and get to know them, so we then would know which word we invite for utilization. Because if we were to meet them in their natural habitat and see how they live, whom they descend from, which words live next to them and a little further away, then a word would become so much clearer to us.

Their dwelling place is there where they, without utilization, just by observation, can fully be known. Not smudged by abuse or provided with the appendix: “you know what I mean”.

That’s why he collects words. Written words, spoken words, drawn words, words in all kind of languages. And he researches them: he tries to compute how they best will be done justice.

He has CD’s, tapes, DVD’s, USB-sticks, and loads of pages, full of words and he conducts experiments with them. He makes test setups and he makes progress, very satisfying. So why would he quit? Only because they do not understand him? He finds tone- and light frequencies, that harmonize with one another, collide, or merge into a new direction. He succeeds in describing and denominating the words in more and more physical aspects. He finds mathematical formulas for the relationship between sound, color, tone and form.

Like light, words cannot be caught in just one physical description. Light can be described as matter and also as energy waves. Two different physical manifestations to capture one phenomenon in its total. Words even have many more of those, but does that make them essentially different, less researchable in terms of phenomenon and origin?

He calls himself a lexicographical physicist. There is physical chemistry as a combination of physics and chemistry; neurology as intersection between biology and psychology. And now he has discovered the physics of words. In his spare time, in his hobby space, because during the day he is a research assistant at the Faculty of Law. Respected in his profession, as long as he is silent about what they see as an absurd hobby. Which they forgive him, he has got the time, he has no family, fortune favours fools.

They tell him that he should go out more, so that he can meet a woman who would teach him the ways of the world. But that hasn’t happened yet.

In his head he has this fantasy, that he, if he finds their domicile, he will marry the finest word. He does not yet know which one, he is in love with all of them, but then he will know their true meaning and he will know which word suits him, by which world he will be fully known. If only he was a word himself. That’s his fantasy.

Years later, when physical lexicology already had been a common school subject for quite some time, during the demolition of a big building, in the underground cellars, a space was found with documents and test setups, by which this branch of science all at once made a giant leap forwards.

His name was, after all, added in the history books to those of the founders of this science.
Posthumously. That really serves him, doesn’t it.

With lots and lots of thanks to Marita Sporrong for all her help with his translation.

2 thoughts on “THE HOBBY SPACE”